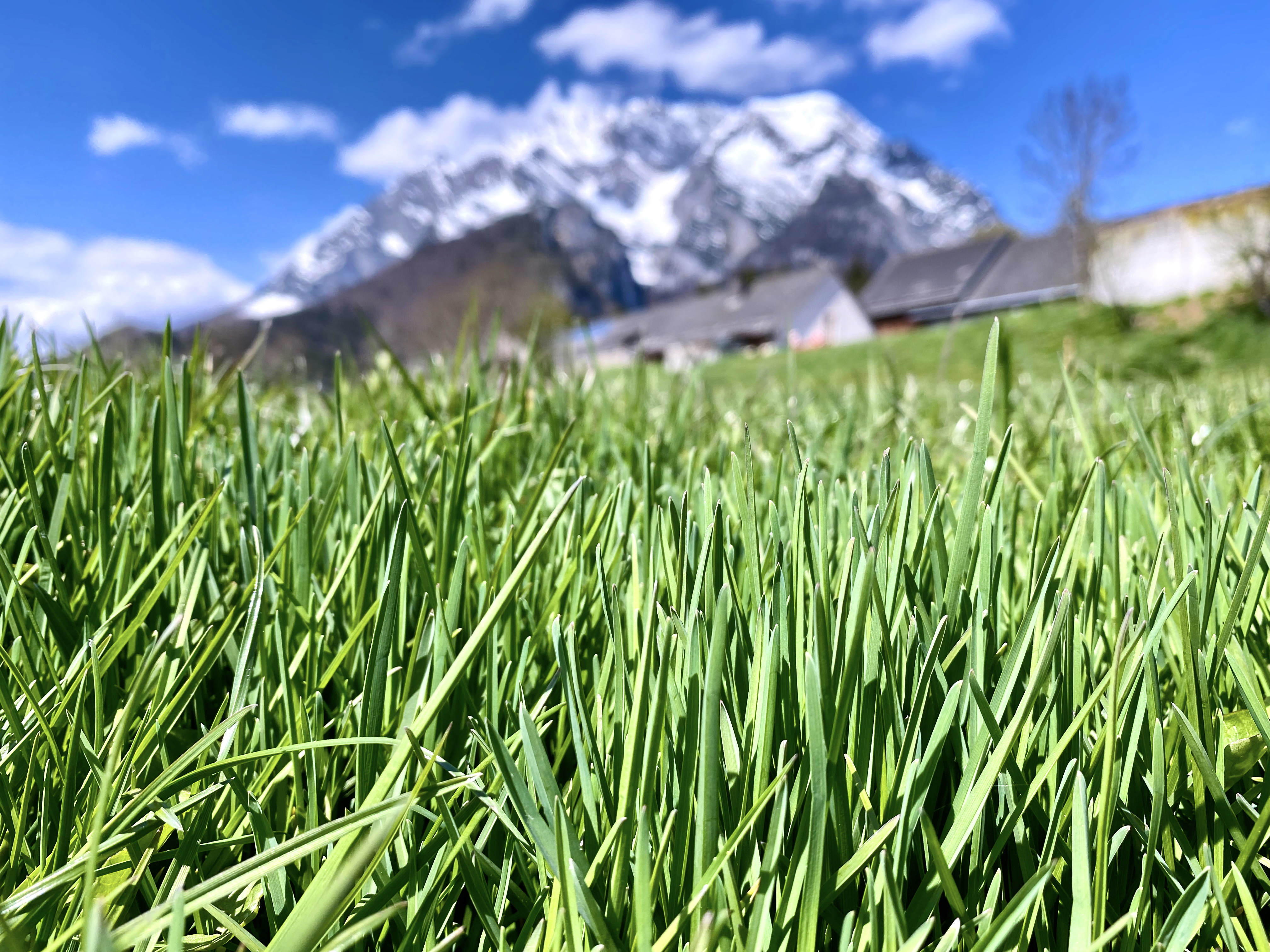 The main focus of this trial is to increase sward density in permanent grassland. To reach this aim Poa pratensis and Lolium perenne as the most important grass species for intensive managed grassland will be used. A problem of Poa pratensis is the very slow development after germination. To improve this fact Poa pratensis will be seed 10 or 20 days before the other mixture species on a ploughed area. In a second trial two different mechanical methods to open grassland sward with undesirable grass species will be tested. The use of a rotary harrow is one method and a curry comb the other method.
The aim of both trials is to improve intensive managed permanent grassland to reach a fodder with a high quality for ruminates. This is a target in organic farming to reduce concentrate feeding and achieve a grass based feeding system.

Intensively used grassland is characterised by a high cutting frequency, with more than three uses per year, and a high fertilisation level. To prevent such stands from developing in an unfavourable direction, a dense sward plays a decisive role. This is particularly important for organic farming, as problems in the vegetation can only be corrected by time-consuming and cost-intensive maintenance measures. The Kentucky Bluegrass (Poa pratensis) in particular is characterised by its high nutritional value as a fodder plant and its intensive usability.

The present study (2016-2018) was carried out on the organically managed experimental farm of the Institute of Organic Farming and Farm Animal Biodiversity of the HBLFA Raumberg-Gumpenstein. After ploughing up, two mixtures (consisting of the species Kentucky Bluegrass, English Ryegrass and White Clover) were newly sown (in late summer 2015) on two sites (Hoferwiese site on Half-Bog and Querfeld site on Brown Clay). One mixture had 50 and the other 75 % Kentucky Bluegrass. The second factor was sowing at three points in time. The entire mixture was over-seeded once and only the Kentucky Bluegrass was over-seeded on the other plots. After 10 or 20 days, the remaining components of the respective mixtures were over-seeded. The plots were set to 4-cut use and fertilised with 130 kg N ha-1 a-1 (applied on 5 dates) via slurry.

The Kentucky Bluegrass reached with 34 % the significantly highest percentages in the 75 % mixture. On the other hand, the English Ryegrass benefited from the 50 % mixture and reached the highest area shares with 28 %. In general, the Querfeld site had significantly better conditions for English Ryegrass (31 %) and Kentucky Bluegrass (41 %). Neither the mixture used nor the time of planting had an influence on the quantity and quality yields (crude protein and energy). On average, yields of 11,500 kg DM ha-1 a-1 could be achieved across the mixtures and the sowing dates. The two plots showed significant differences in yield. On average over the years, 1,257 kg DM ha-1 a-1 could be harvested on the Hoferwiese.

The results of the present study show that stoloniferous grasses stand like Kentucky Bluegrass in the Alpine region are efficient and have a high yield potential.